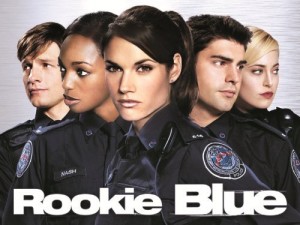 #Golly fans heads up! We want Rookie blue fanfiction because we love Gail and Holly!

(2 votes, average: 5.00 out of 5, rated)
Genre(s): Alternate Timeline , Angst , Drama , Romance , Tragedy
Rating: PG-13
fanfiction(s): Rookie Blue
Character(s): Celery Green , Chris Diaz , Elaine Peck , Gail Peck , Holly Stewart , Oliver Shaw , Sam
Story Shortlink: https://lesfan.com/?p=86356
5955 words. 2 Comments
25 years after their first kiss on that fateful day in the interrogation room Holly and Gail are no longer together and haven't spoken in five years. When Holly comes back to Toronto for a Forensic Sciences Conference her past catches up with her in a big way. Can Gail and Holly heal old wounds and find their way forward?

Abriana and Josephine: A Love Story

(2 votes, average: 3.00 out of 5, rated)
Genre(s): Drama , Romance
Rating: R
fanfiction(s): Rookie Blue
Character(s): N/A
Story Shortlink: https://lesfan.com/?p=86340
47957 words. 1 Comment
The two women in this book found each other by a chance encounter. Josephine and Abriana are polar opposites in many respects. They are both intelligent but come from entirely diverse environments and upbringings. Josephine is from Bogota, New Jersey, a small suburban town outside of New York City. She is the product of an unhappy marriage and a sexually abusive father. While very intelligent, she has never had the opportunity to go to college and settled into a menial sales job at Macy’s, Herald Square, in New York City. She has, at twenty-six, resigned herself to her plight, but continuously struggles to improve her station in life. Abriana, at age twenty-eight, has lived a life of privilege. Her father is a former United States Senator from Massachusetts. Her parents live in Hyannis Port, Cape Cod, where they both spend the preponderance of their time in philanthropic pursuits. Her parents were rarely available to give her a normal childhood. In truth, Abriana was reared by Au Pairs, house servants and the customary assembly of usual suspects used by parents to raise an unwanted child. She did her undergraduate work at Wellesley College and received her Juris Doctorate at Yale. Abriana now works for a prestigious law firm in New York City. This is their story.