Genre(s): LGBTQ
Rating: NC-17
Fandom(s): The L Word
Character(s): Alice , Angie , Bette , Carrie , Dylan , Helena , James , Maya , Peggy , Shane ( & Buddy) , Tina
Number of Comments: 34
Words: 22838
Views:
Story Shortlink: https://lesfan.com/?p=112637
Author Notes: Sorry this did not meet my Christmas deadline but Omicron decided to pay a rather nasty visit. I know this is long but I really wanted to complete this section and dispense with a certain character. I thought about posting it as two chapters back to back but decided to just put it all out there. This chapter was very challenging. Honestly, Carrie and Tina’s relationship is difficult to write. I love Tina and second guessed myself for reasons that should become obvious. Once again I would like to thank my mentor for reminding me to be true to myself. That’s not always easy. And to be true to my story. That’s ever harder. None of us want to think about Tina and Carrie having sex. I certainly don’t. But here they are an engaged couple alone is a hotel room for one week. In my story it needed to be addressed head on. And fair warning it is addressed. So danger danger readers, sex warning ahead! Remember, happy ending. As always, thank you in advance for your comments.
Summary:
Tina makes a decision and finally follows through. With a little push. Meanwhile, Bette makes a decision of her own. 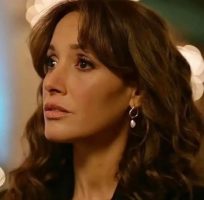 Angie might have been growing up but Christmas morning still meant presents the moment the first rays of sunlight lit up her room. The morning had been a lot of fun. She had gotten Buddy to bite Shane’s toes and drag her out of bed. Daisy contributed by licking Shane’s bewildered face. Bette took care of the dogs and fixed some hot chocolate and a plate of Christmas cookies. Angie knew there would be gift exchanges throughout the day but she was more than ready to get the show on the road.

Wanting to reinforce her daughter’s love of astrophysics, Bette and had gotten Angie a Celestron NexStar telescope. Their back yard and neighborhood offered a great celestial view and Angie would be able to study deep-sky targets including galaxies, nebulas, the craters of the moon, and planets of the solar system, or the “faint fuzzies” as she called them. Angie was thrilled. The gift had been a major success. Shane had gotten Angie a special edition Nintendo Switch, four controls, and two popular games that had been recommended by the sales clerk. Shane said it was a win-win gift for all of them. Angie and Bette and Shane were all speechless when they opened their joint gift from Maya: four tickets for the Janet Jackson and her Black Diamond Tour at the Staple Center. Shane loved the black Theory sunyata silk button up shirt from Angie that had been selected with her mother’s help. Bette had gotten Shane a one-year membership for boxing, kick boxing, and cardio classes at BoxUnion, one of the best women’s establishments in Los Angeles. Shane’s present for Bette? Apple AirPods for her daily walks and runs. Shane had gotten the same for Maya and Tina and Alice.

Bette loved her Picasso desk calendar and the hand carved ornament stocking stuffer which she immediately added to the tree. She told Angie there was a second gift for her but that they were waiting until her Mama Tee had arrived. The group Face Timed with Maya and teased her about what they were going to do with the fourth concert ticket. Bette called James and Julie. Angie would call Sally and Kate and Sam with her Mama Tee and Aunt Helena and Aunt Dylan and Jang Yin and Wilson while she was at her Grandma Peggy’s. Soon enough Bette and Angie and Shane all headed out with plans to regroup back at the house by early afternoon.