Story written on April 25, 2020 by MoreThanSatisfied. 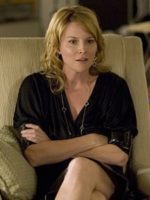 Tina was beaming. She clapped her hands together. “Great! Hey, let’s take a walk. We’ll walk around the lots, grab some coffee. Maybe a bite to eat at one of the service tables. It’ll help me clear my head.”

The dark curls nodded eagerly. Tina grabbed her hand and led her out of her office and to the various studio lots that were adjacent to her building. Bette was in awe as Tina showed her around and off as she greeted coworkers and actors and put out little fires along the way. She could see the respect shown toward her girlfriend and it made her grin with pride.

They were sipping espresso with the head of marketing at one of the craft tables when the studio chief dropped by. Tina smiled hollowly at him and introduced him as Davis Shah. Davis was about Bette’s height with jet black hair and skin that was just a tad darker than her own. Though he was nearing 60, daily workouts and a lean diet had him looking closer to 40. His bushy eyebrows gave him an added intensity he didn’t need and when he frowned, they looked like one big black caterpillar.

Tina’s New York apartment felt lonelier than it ever had before. She hadn’t spoken to her girlfriend at all that day and as she formed her lips to tell Siri to call Bette, another call came through on her ear pods.

The ringtone was that of her assistant/secretary, Pamela Caldwell. “What’s wrong, Pam?” she answered.

Pam was short and petite with a raspy voice and short, curly hair. Her black eyes were sharp and she was often intense by nature. “Why do you assume something’s wrong?” asked Pam.

“Because you’re calling me so late. You know better than to call me late. If you’re doing so, it’s because something is wrong.”

“Well, you win clairvoyant of the day. Yes, we have a minor hiccup.”

Tina sighed; her eyes closed. Her head was resting against the arm of her couch, her feet on the other end, crossed at the ankles. “And that hiccup is?”