Loading ...
Genre(s): Drama , Fluff , Humor , Romance
Rating: NC-17
Fandom(s): The L Word
Character(s): N/A
Number of Comments: 51
Words: 19933
Views:
Story Shortlink: https://lesfan.com/?p=110990
Author Notes: Hello again, everyone! It's been a long time since I posted on here and I hope you are all keeping well. This is a story I have been trying to write for almost a year. If you haven't read my Tibette novel, Another Left Turn, or you can't remember it, I've put some notes at the start of this story. Huge thank you to Collins and BK for staying in touch and for insipiring me with your incredible writing. Hope you enjoy this and remember - Tibette will never die on this site! Please leave a comment if you have time. They mean a lot to me. Take care, Largo x
Summary:
Bette and Tina get married 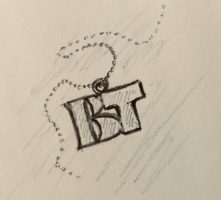 This story picks up in the summer of 2020, where my other story, Another Left Turn (ALT), ended. ALT began after Tina tells Bette that she’s engaged to be married to Carrie. It’s a Tibette love story that brings them back together in what I hope is a psychologically truthful way.

Some ALT background relevant to this story:

Helena and Dylan own a vineyard in Southern California. Bette and Tina are going to invest in it and build a new house there. Helena’s daughter Jun Ying is a climate activist.

Tina has a therapist called Wendy and has adapted her Toronto job to work from LA, hosting and mentoring under-represented voices in new screenwriting.

Bette, having lost the election, has set up a charity called ‘Babygirl’. Dani and Shane also work for it.

Angie’s summer includes working at the vineyard, going to a STEM summer camp in Colorado and interning at CalTech. She’s been promised a car and has a friend called Piper.

Shane is developing international salons with the Chateau Marmont hotel brand. The dog she adopted in GenQ S1 is called Buddy.

Alice and Nat are together and not in a throuple.

No one could remember exactly how or when Monday-morning breakfasts became a tradition among the members of the Porter-Kennard-Pieszecki-McCutcheon framily.

If you asked the eponymous women themselves, they’d give the following answers. Shane McCutcheon would say, ‘Adunno, man. Ask Tina.’ Tina Kennard would say, ‘I went because Bette went.’ Bette Porter would say, ‘It was Alice. She’s always needed an audience.’ But go to Alice Pieszecki, and she’d . . . Well, she’d give the glory to someone else altogether.

Marina Ferrer. Her present whereabouts are unknown, but in 1997 Marina Ferrer was both newly arrived from Paris and well on her way to becoming an LA lesbian legend: tall, dark, strikingly beautiful, and with an accent every bit as sultry and alluring as the coffee she served in her little hipster café.

Her par amour at the time was an Australian artist called Yvonne. Penniless but bursting with talent, one night Yvonne hustled her way into a private launch at the Bette Porter Gallery and was trying to persuade the gallerist to come visit her studio when Marina butted in.