You Found Me Chapter 199

Story written on February 11, 2018 by BnTinmyhead.

Bette woke at eleven a.m. in the downstairs bedroom and found that she was in bed with Tina. Still fully clothed and with the full effect from the night before including a headache from hell, she made a run for the bathroom to throw up. Feeling the bed shake,Tina woke up to the same headache 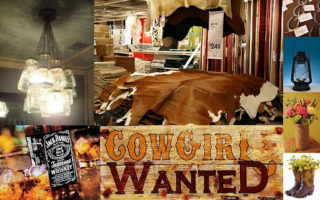 Bette woke at eleven a.m. in the downstairs bedroom and found that she was in bed with Tina. Still fully clothed and with the full effect from the night before including a headache from hell, she made a run for the bathroom to throw up.

Feeling the bed shake,Tina woke up to the same headache and the sounds of Bette in the bathroom that started turning her stomach as well. Tina got to her feet and just made it to the toilet as Bette had her head in the sink, throwing cold water on her face. Bette was feeling a little better that she was able to grab a washcloth, wet it, and place it on the back of Tina’s neck who was still hugging the lid of the commode too afraid to leave it.

Bette walks back over to the sink looking at herself in the mirror.How the fuck did we get like this? Bette thought for a minute…

Fucking Alice! Bette says just a little too loud causing a sharp pain behind her eye. Ouch. She places the heel of her palm to her eye.

Tina giggles watching Bette but quickly stops and holds her own head. Fuck, we need Advil. They walk to the bedroom where they see two bottles of water and a bottle of Tylenol. Tina quickly opens the bottle and takes three pills.

Here take these. Tina hands Bette three pills and a bottle of water.

Bette takes them and then starts stripping

If you think you’re getting laid now you have another thing coming.

Bette laughs. Fuck, I couldn’t get it up right now if I had to. Tina giggles. I’m going to take a shower. Would you care to join me? Geez, Bette smells herself.. I fucking stink. I must have spilt beer on myself.

Tina starts stripping. How the hell did we get in bed together? Last thing I remember, Dana was talking to me and passing out on the couch.

I don’t know. I was outside but after Tasha took me for a ride on her bike, I do remember throwing up. Damn that might be why I smell. Bette has her head under the running shower head when Tina gets in. Kit told me to lie down but I don’t remember where I was except that I know I wasn’t in the house.