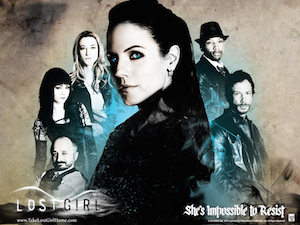 “Doccubus” is the fanfiction portmanteau of Doctor Lauren Lewis and Bo, the Succubus, on Lost Girl. Doccubus referred to the budding romantic relationship between Bo and Lauren in the LOST GIRL series that premiered on Showcase in Canada and then aired later on Syfy in the US. We invite all lesbian and femslash #doccubus fanfiction.

She Drove Away With My Heart

She Drove Away With My Heart Ch 22

Book written on December 29, 2015 by somewhataddicted.

Chapter 22 ”Hope everyone has everything they need because we’re just about to the hangar,” Bo announced and glanced around the car. ”We’re all set dear,” my mom answered with an ecstatic smile. One hand was on my father’s knee. She gave him a quick look before finding me. I was happy he decided to

(1 votes, average: 5.00 out of 5, rated)
Genre(s): Drama , Romance
Rating: R
fanfiction(s): Lost Girl
Character(s): N/A
Story Shortlink: https://lesfan.com/?p=92743
4007 words. 2 Comments
AU - Human. Doccubus. Bo has life figured out; party hard and sleep with as many women as possible. But life has a way of throwing you a curveball when you least expect it. In this case a bet might change everything for Bo. – My first Fanfiction attempt.

Story written on October 8, 2015 by somewhataddicted.

(0 votes, average: 0.00 out of 5, rated)
Genre(s): Drama
Rating: PG-13
fanfiction(s): Lost Girl
Character(s): Bo
Story Shortlink: https://lesfan.com/?p=92638
3075 words. 1 Comment
One shot Doccubus: Bo struggles with her feelings several months after their breakup. Will they ever really be done? I'm always pro Doccubus but its never easy for them. *sigh* #no characters were harmed during the writing of this fic. I hate writing summaries & titles. Please R&R. That is all. Thanks ;

Coffee and Whatever Comes Next

Story written on June 27, 2015 by somewhataddicted.

(0 votes, average: 0.00 out of 5, rated)
Genre(s): Alternate Timeline , Fluff , General , LGBTQ
Rating: PG
fanfiction(s): Lost Girl
Character(s): Lauren
Story Shortlink: https://lesfan.com/?p=91248
3395 words. 1 Comment
Bored with her life, Lauren drops everything and heads to another country in search of adventure. Will she find what she's been looking for in an Australian coffee shop? AU Doccubus

Story written on February 5, 2015 by somewhataddicted.

(2 votes, average: 3.00 out of 5, rated)
Genre(s): General
Rating: PG
fanfiction(s): Lost Girl
Character(s): N/A
Story Shortlink: https://lesfan.com/?p=88284
8445 words. 1 Comment
1 shot AU Human Doccubus: Inspired by the lab dance scene in 507 and the song "Shut Up and Dance." Bo and Lauren have that once in a lifetime kind of love, but even love written in the stars has its challenges. Can they overcome the obstacle and find their happily ever after? Read on and find out

Story written on January 5, 2015 by Stellakuns.

Story written on January 5, 2015 by Stellakuns.