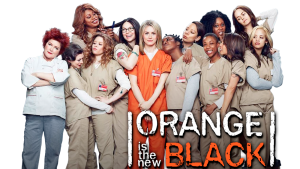 They defined “binge watch”. Who doesn’t love a women’s prison show?! Orange is the New Black put a unique spin on women’s prison stories. The #OITNB fandom embraces these complex characters and their rich backstories. Piper and Alex shippers lead the way!

Post and read our #OITNB fanfic and join our new #OITNB fan group!

Piper sat silently in the passenger side of the van, looking out the window. The removal was an easy one. A man who’d fallen over and passed away on his kitchen floor. The removal itself should’ve only taken about half an hour but the man’s daughter had arrived at the house at the same time

Only a few days after her stay in the hospital, Nicky finds herself being moved into Lorna’s small house right on the outskirts of the big city. She complies without much argument. There’s not much to argue, anyway, because the only home she had before was the cold city street – maybe a stranded car,

Heart of A Butterfly

(0 votes, average: 0.00 out of 5, rated)
Genre(s): Fluff , Romance
Rating: PG-13
fanfiction(s): Orange is the New Black
Character(s): Lorna Morello , Nicki Nickols
Story Shortlink: https://lesfan.com/?p=94908
1591 words. No Comments
"But it's Valentine's Day." Lorna can't stop herself from planning a very special and romantic dinner for the woman she loves on her most-favored holiday of the year. Yet, when the homemade meal doesn't come out entirely perfect, it's up to Nicky to convince her that Valentine's Day isn't just about materialistic objects. Lorna/Nicky (Fluff&Smut)

As Fate Would Have It

As Fate Would Have It- Chapter 14

The four of them sat outside by the bonfire for the next few hours enjoying each other’s company and enjoying feeling comfortable enough to be who they really are. They all, subconsciously, formed a strong friendship between the four of them that night sitting by the ocean. Somewhere in the early morning hours while it