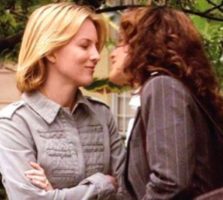 Now standing with Ashley in her living room, Tina saw the despair on the younger woman’s face. She finally took the sheet of paper from her sister’s trembling hands and smoothed out the wrinkles so she could read it.

Tina knew that this letter would read just like the other letters they had received from medical companies and research centers during the best part of the past year. There were only a small number of companies that were performing this type of clinical drug treatment therapy. So it had been – one after the other.

“From the office of Dr. William Hoffman.” Tina began reading aloud from the page. Her voice steady, but her heart beating fast in anticipation. “Thank you Ms. Kennard for your interest in the Stonington Institute. The purpose of this letter is to inform you that an assessment of your application to be included in the next scheduled clinical treatment program for the experimental drug Propanitol has been completed. The results are as follows.”

Ashley scuffed as she heard the words coming from Tina. She paced up and down the living room in front of Tina. Her hands on her hips. Aggravation in her stride.

“The corporation has carefully reviewed your request to be included in the next clinical testing trial.” Tina continued, her voice growing gloomier the more she read. “The Evaluation Committee has examined all such requests in strict accordance with the evaluation process set forth by the Stonington Institute and in accordance with medical protocols and legal requirements. However, at this time, we regret to inform you that your request can not be granted during the next scheduled time frame . . .”

“Shit.” Tina lowered her head and blow out her cheeks. Disappointment on her face and in her heart.

“What the fuck am I going to do now?’ Ashley yelled, she was on a war path. Flailing her arms in the air now. “Stonington was my last option Tina. The last big pharmaceutical company we had a chance to work with. We’ve tried most of the others. God damn it. These stupid, fucking people.”