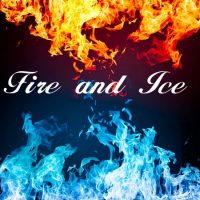 “You could say that” Tina says coldly

Alexis laughs in amusement “Well it certainly is a small world then..Bette Porter is my personal assistant. If it weren’t for her I don’t think I could keep my head on straight. She’s a godsend”

“Yeah right” Tina mutters just above a whisper..Iris nudges her

“What was that?” Alexis turns to Tina and feels Bette tap at her side with her finger

The air suddenly felt like ice after the words left Tina’s lips and stabbing her so fiercely.

Bette maintains her composure and smiles at Iris “Nice meeting you Iris.”

Tina felt her heart popping out of her chest. It wasn’t enough she saw her just two days ago but here she was again shaking hands with her girlfriend and working for one of the richest families in the world—Alexis Sergione’s personal assistant. Tina watched as Bette returned to Alexis’s side. Alexis threads her arm with Bette’s. And with that Tina was done

“Well it was nice meeting you Ms. Sergione..But Iris and I must get going”

Robyn smiles “Of course…You two have a good night”

The three women watch Tina and Iris exit the restaurant

“Well..That went well…Let’s get a drink” Robyn says sarcastically waving the waiter over

Bette glares at Alexis and whispers “Did you have to do that?”

“What?..Did you not see her face..She was totally jealous” Alexis whispers back as the three take their seats at the table

“I highly doubt that..Her greatest mistake?…Really?..This is totally going to blow up in our faces” Bette says whispering shifting her eyes to Robin “Nice to meet you Robin”

Robin chuckles “You too Bette….I must say I wasn’t prepared for it to be such a very small world”

Alexis nods..I’ll say…I must hear this story …Seems rather juicy”

“With all due respect Ms Sergione, I’m sure Ms Martin does not wish to hear about that.  And I hope it does not interfere with any business between Bellissimo Premier and your advertising agency” Bette says sincerely as the waiter approaches and takes their drink orders

“Of course it won’t.  And call me Robin..I’m sure Ms Kennard can put any personal feelings aside for the benefit of a potential lucrative business relationship” Robin smiles and shifts her eyes between the two who nod in agreement

“Excellent.  Let’s look at the menu shall we” Robin smiles at them as the waiter sets their drinks down and leaves

“…I mean what the hell was she doing there..This is complicating everything”

“Calm down..You try calming down when the woman who is responsible for almost ending my life just happens to work for our potential client Alexis Sergione”

“Let’s not let this ruin our night.” Iris pleads pulling Tina into her arms. Tina pushes out of her embrace

“Iris I can’t”  Tina says dropping her arms to her side clenching her fist.. Anger spreading through her

“She will be taken care of soon enough Tina.  You will get your revenge”

Tina turns to face Iris looking her directly in the eyes

Iris sighed as she watched Tina lean against  the railing. She was going to tell Tina everything tonight but knowing her Father had found Evan and was threatening to take him away from her permanently she no longer could.