Sequel – Chapter 10 – In The Holiday Spirit 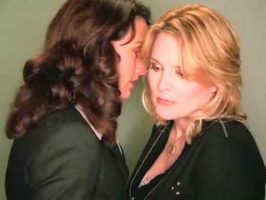 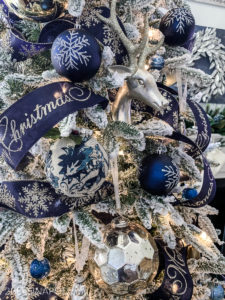 The Kennard Porters were a traditional family when it came to the end of year holiday preparations and decorations. Since Angie had been a youngster, the parents and their daughter had spent hours and hours of time preparing their home for the holiday week and enjoyed decorating together. Even in her later teen years, Angie was still excited to participate in the decorating department. She loved the holidays just as much as her parents and shared their joy.

Many cherished treasures made their way out of sealed storage containers and boxes. The honored items found their way around the house to the delight of all three women. Many of the decorations were valued items from their history together as a couple first and then as a family when Angie arrived. The items had a very special meaning in their hearts and memories – ones they were all glad to share again this year.

Back in the beginning of their relationship when Tina and Bette had first moved in together, they had promised each other to enjoy the holiday and all that it meant. They cherished the love that it brought into their home.

Neither Bette nor Tina’s families had been overly joyous at this time of the year, if ever. Holiday cheer wasn’t allowed in the Kennard household with the strict environment that Tina’s mother had enforced. Likewise, Bette had little memory of the years before her mother had left as she was so young. All she could recall were the austere appearances of her home with Melvin in charge which brought little cheer into a young Bette Porter’s life.

So on that first holiday season together as a couple, Bette and Tina had set the standard for their yearly celebration. That initial year together they had promised one another to always have love and happiness in the house at this special time of the year. Bette spared no expense for her lovely girlfriend, showering Tina with whatever she liked, wanted and desired.