You Found Me Chapter 202

Story written on September 10, 2018 by BnTinmyhead.

Genre(s): Drama , General , Humor , Romance
Rating: PG-13
Fandom(s): The L Word
Character(s): Bette Porter , Tina Kennard
Number of Comments: 10
Words: 2117
Views:
Story Shortlink: https://lesfan.com/?p=95158
Author Notes: Yeah It's me again lol..short and sweet..Tip to the wise never say its ok for your kids to move back in after they have married and had kids..lol..

I have to say you lasted longer than I thought you would. It’s been a long day. Joe yawns. What time is it? Bette asked. Russell struggles to see his watch. Two A.M. Is it really? Joe asks. It’s my bed time. He gets up and seems to be fine walking to the house. Just 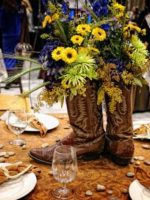 I have to say you lasted longer than I thought you would. It’s been a long day. Joe yawns.

What time is it? Bette asked.

Is it really? Joe asks. It’s my bed time. He gets up and seems to be fine walking to the house. Just then Jeffery pulls in with Alice singing and half hanging out the window.

They go over to help everyone out of the truck. Tina fell into Bette’s drunk arms. Hi baby!

Bette giggles. Yes you are.

Nevermind. So am I.

They make their way to their rooms. Russell and Jamie stayed in Jeffery’s spare room, Tom had to throw Jack over his shoulder to make it to Jack’s old room, and Shane had to hold her hand over Alice’s mouth until they made it to their room upstairs.

Bette helped Tina to her room with Grams. She held Tina around the waist until they got to the door. Mmmm you want to come in?

Uhmm I don’t think Grams would like it babe.

Oh! Yeah I forgot I’m sleeping with her. Tina leans in and whispers in Bette’s ear. Take me upstairs.

Bette giggled feeling the warm tingle of air from Tina’s mouth on her ear. It made her dizzy. Bette wanted Tina so bad but given her state, Bette knew she couldn’t have her. Did you also forget I have roommates? Bette says after pulling back from a kiss.

Bette managed to pry herself away from Tina and was the last to make it into her room. Those boys… they got me drunk. Bette was saying as she held on to the door knob. Alice get off my bed.

Alice tried to get up and fell on the floor. She didn’t move. How much did she drink?

We lost count. That’s why we made her sing out the window. I wasn’t about to carry her sorry ass up those stairs. Shane said.

Looks like Carrie had a little too much too.

Oh she’s a lightweight like her sister. Bette starts to giggle.

So Tina have a good time?

Yeah she had a great time.

Anything I should know?

Well she did dance on the table once. Bette’s eyes got big as saucers. Shane starts to laugh. Paranoid much Bette?

No. You were just kidding right?

Shane laughs more as she nods yes. We all kept an eye on her. She danced with Alice and Carrie. At worst, she might be horse tomorrow because they screamed a lot.